Designing for the Pandemic

We collaborated with The CANs and Jaiz Bank to build a platform to help people reach help faster. 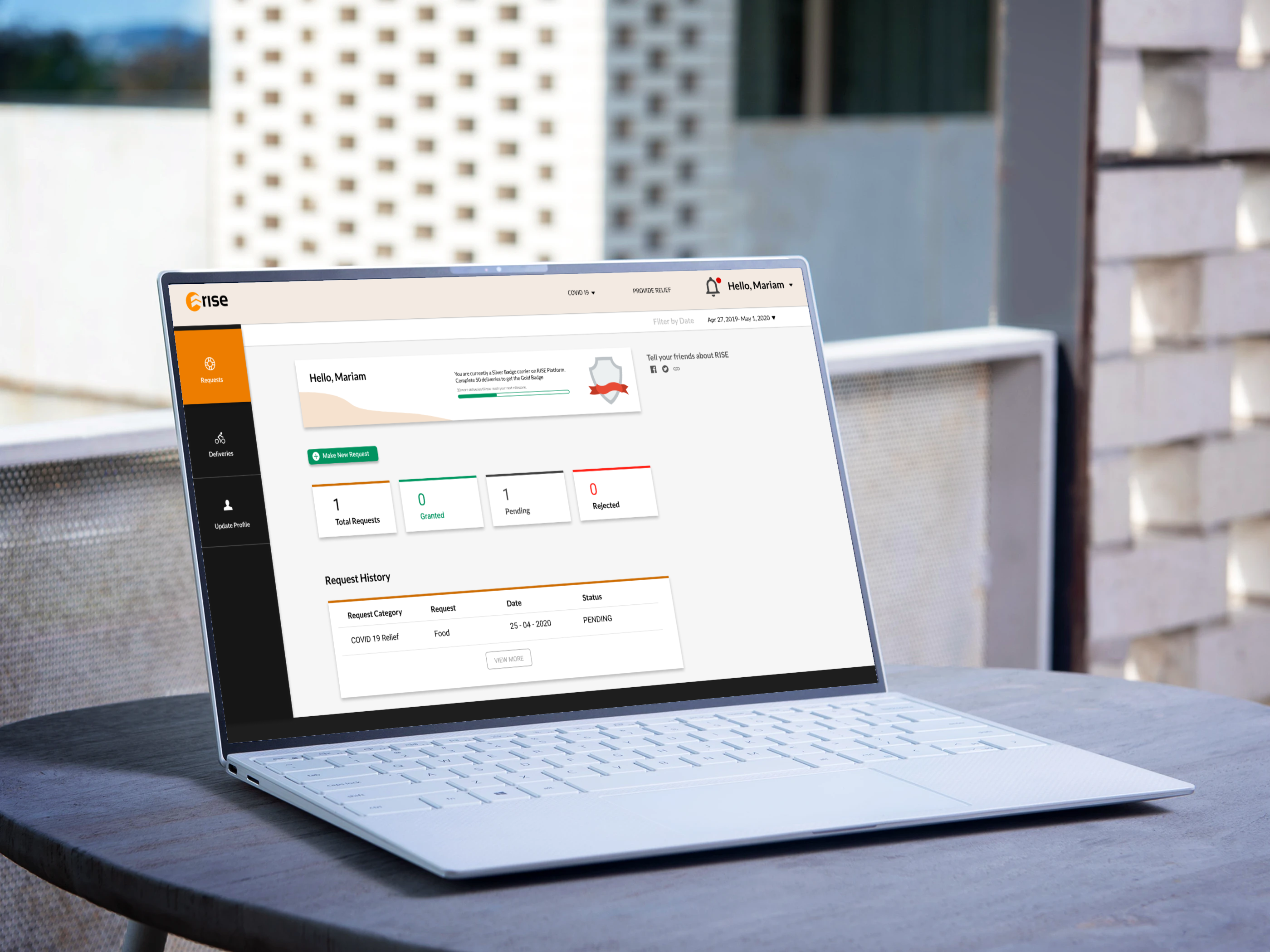 The 2020 Coronavirus pandemic threw the world into a quiet that put economies in disarray. Suddenly organizations that could normally fend for themselves needed support. This ensured hundreds of thousands of people across the world were suddenly out of jobs. In Nigeria, out of the 1,950 households surveyed on a nationally representative sample, 42% of the respondents who were working before the outbreak were no longer working the week for reasons related to COVID-19. This raised the demand for humanitarian services to help struggling families through the pandemic. At the same time, people became more interested in giving to support struggling homes. These ranged from organizations to individuals. Thus the question arose

How might we enable easy allocation of relief resources to those who need them? 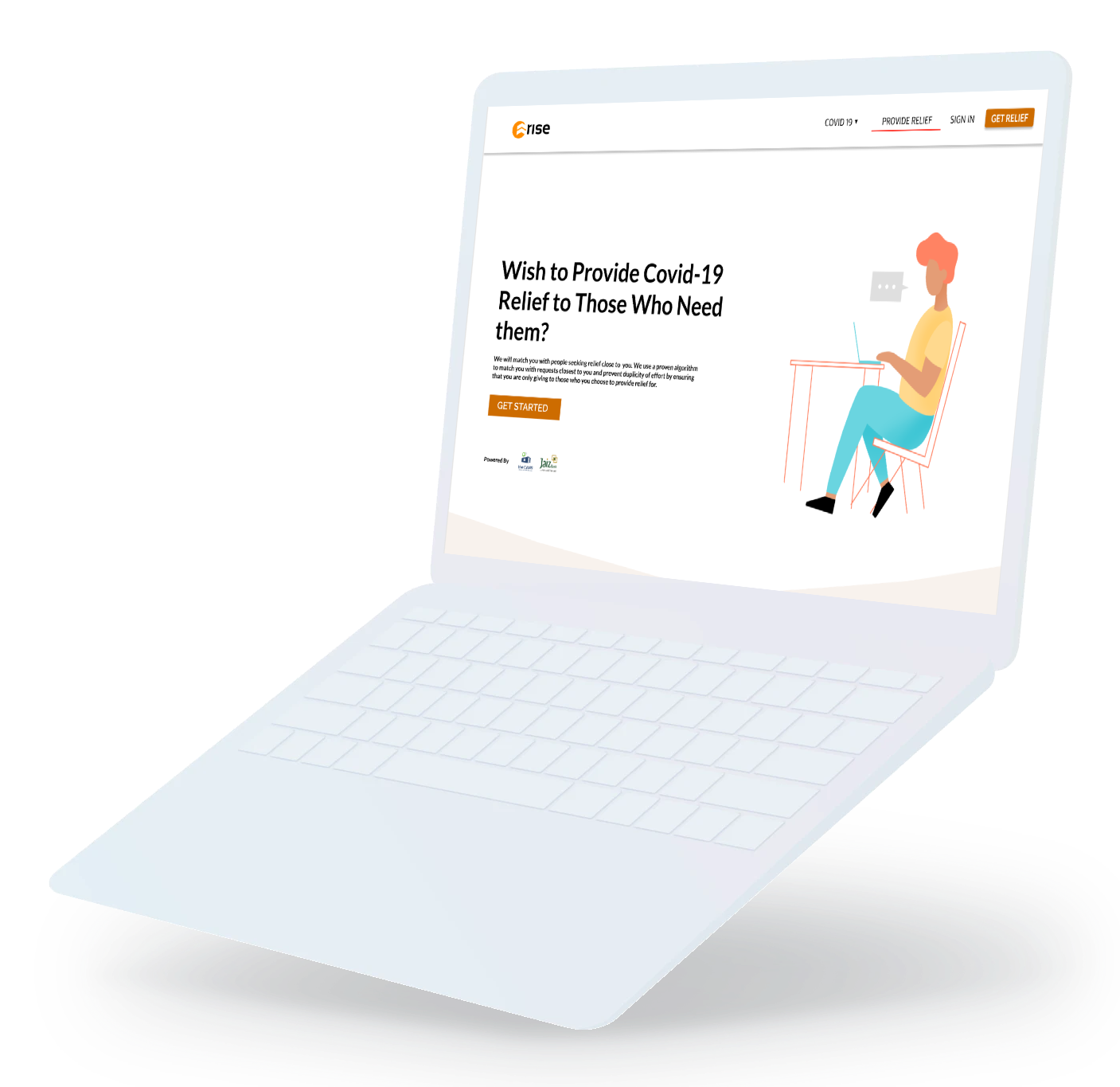 The team at The CANS looked to solve this problem, along with the support of Jaiz Bank and consulted with Nursingfather as the product designer. Nursingfather Design was to lead the team in designing the experience and the interface. The approach was to create a web application and a USSD platform. However, we took on just the web application.

The web application was a multi-client side application catering to end users who needed to relief, relief providers, volunteers and the administrators. Users could place request for relief, relief providers could view requests and provide relief while volunteers got notifications to help in making deliveries to those who needed the relief support. The administrators had a control panel that helped them oversee all the activities on the platform. Users could also check COVID symptoms and view emergency numbers for their communities.

The first step was having a meeting with the team at The CANS and other members of the team especially developers to understand the nature of the product. What was clear was that we had to deliver in a short time. After initial briefing, a documentation was created for the product development. This contained all the key features that the application would have and how it would work, using use cases.

CHALLENGE
Compared to the regular process, we had to create the designs while the developers worked simultaneously, which can be very challenging. Normally, you have deliberations over design directions and experience flows, but this demanded that it was as usable from the beginning as possible. Thus, for this particular project, we went as basic as possible so that there is little need for major changes if the app work on the fundamental level. Colours were chosen on the fly as well. Eventually, the designs were shared as they were developed and work started to come together with the developers. We also had to do more meetings to run through certain decisions to get feedback from the developers to ensure we were building something usable.

The first version of the application was completed within a month, with about 2 more weeks for further review and was subsequently launched.

The platform is now live on https://rise.com.ng/ 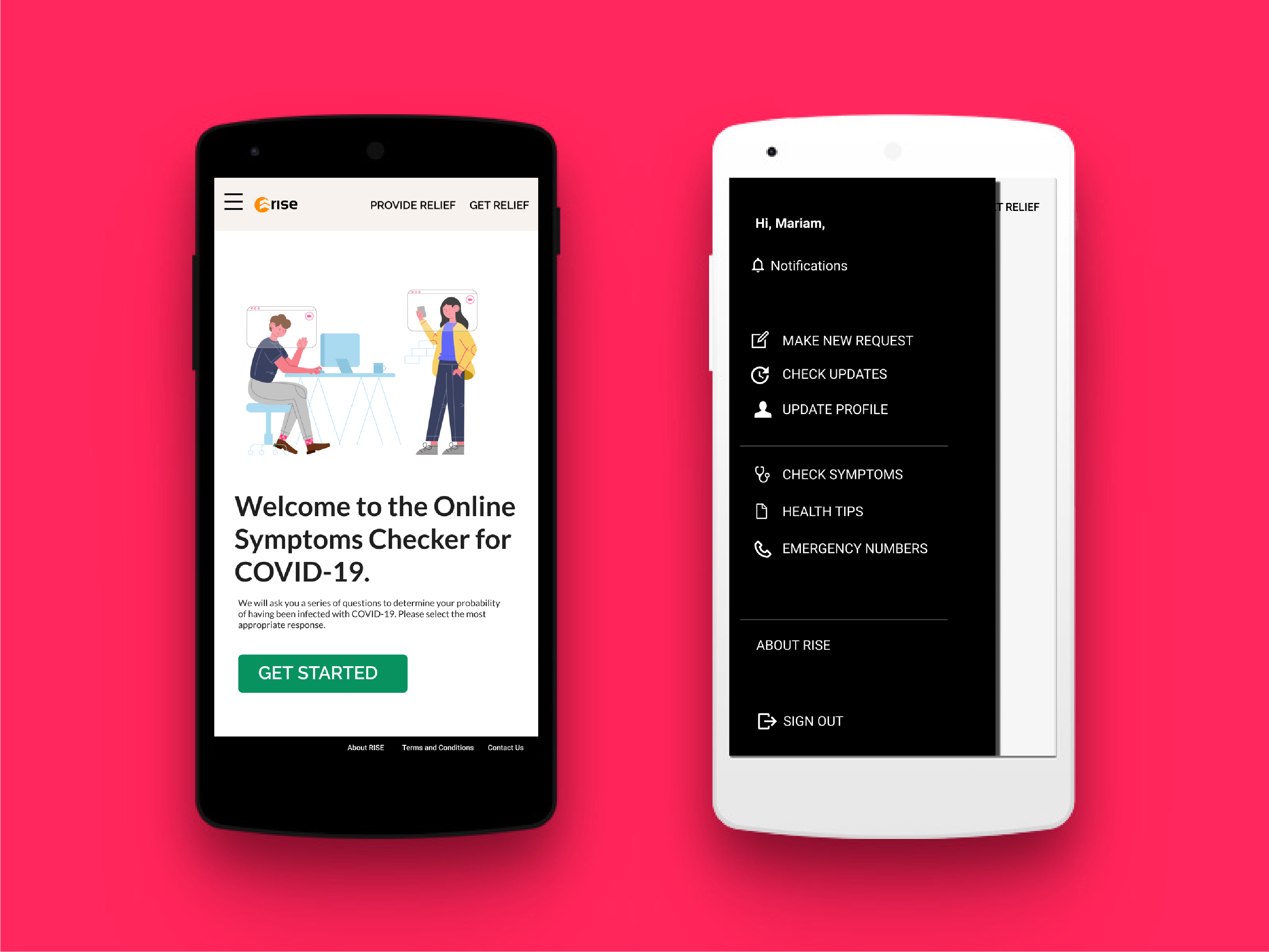 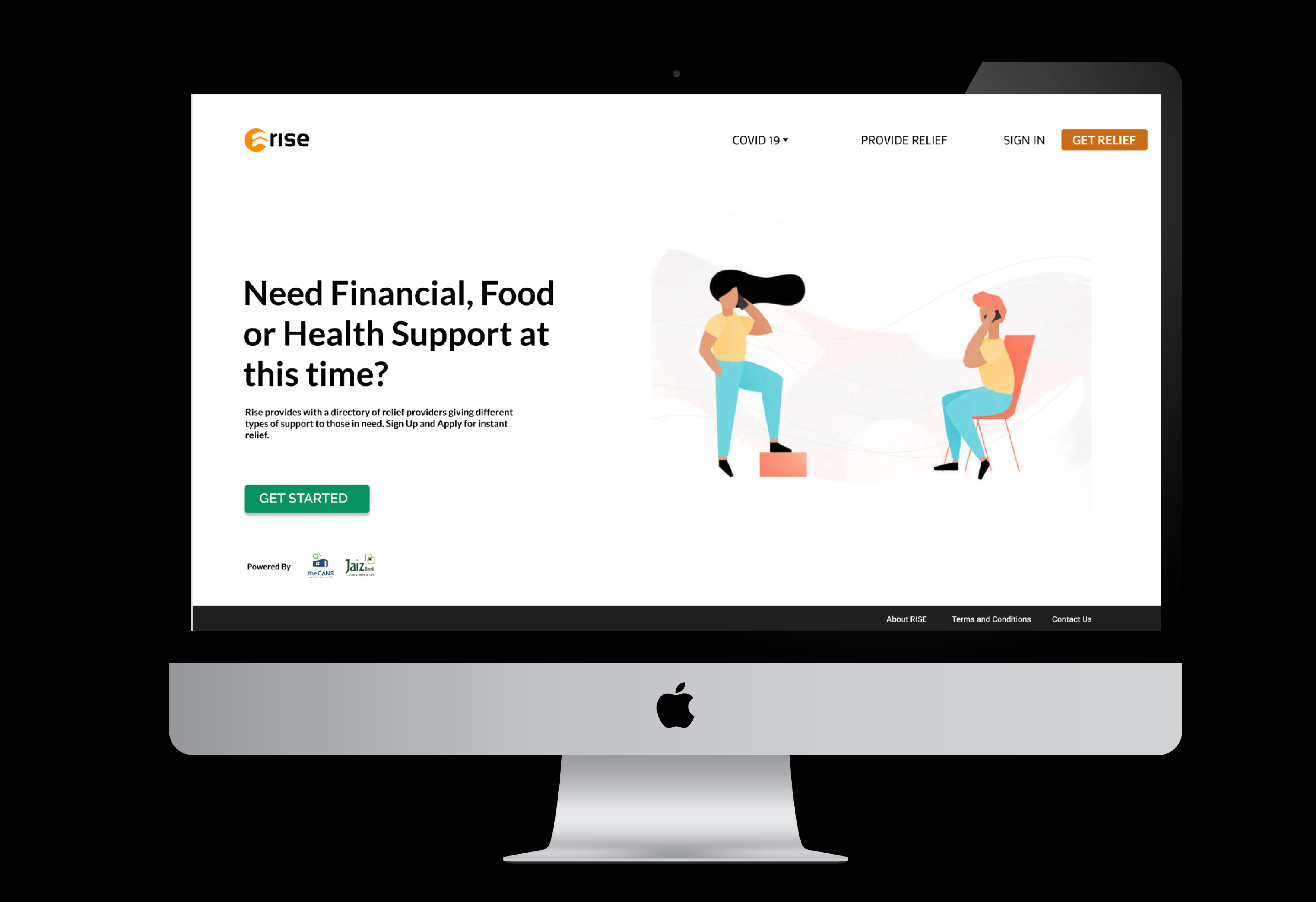 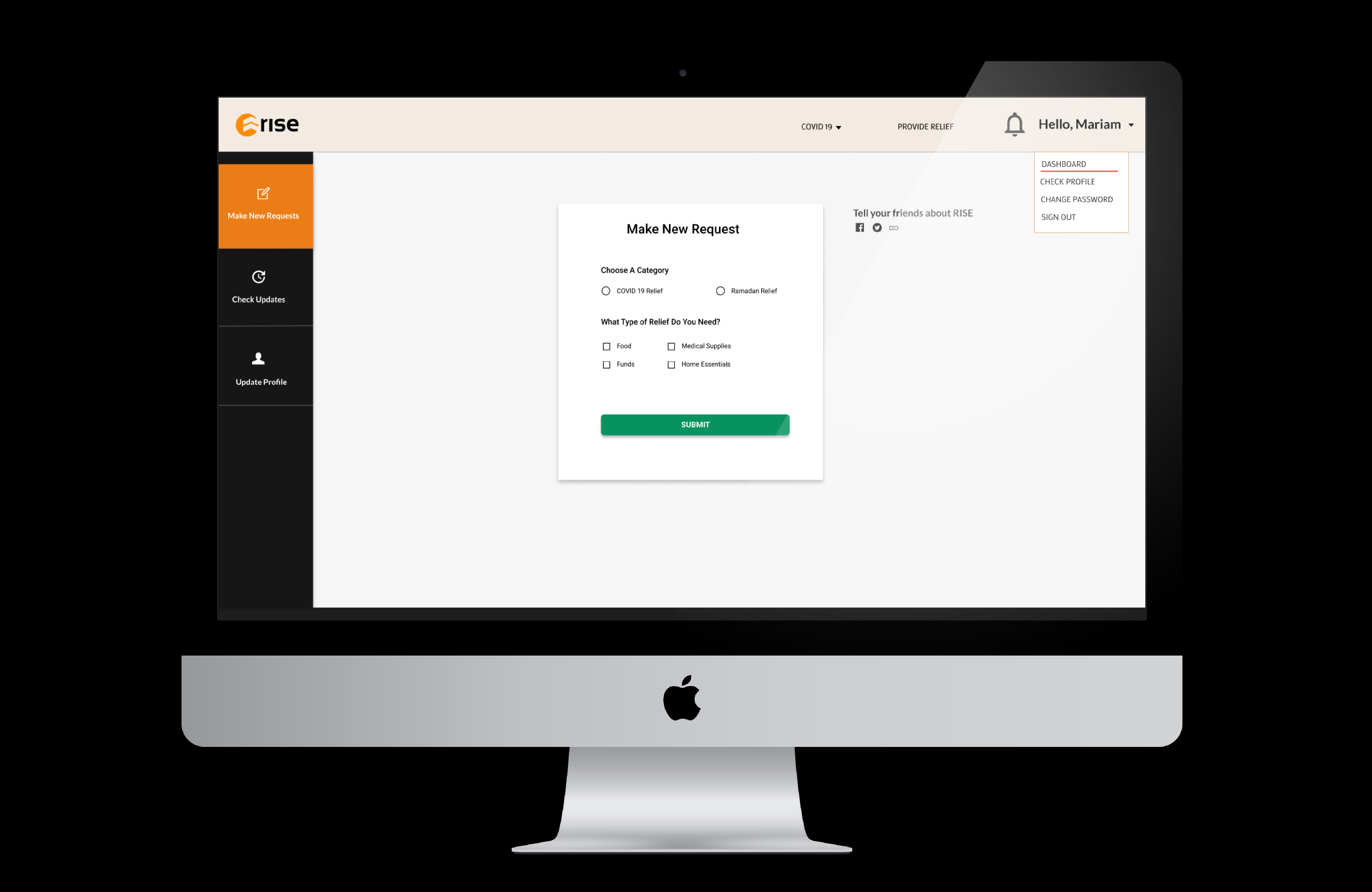 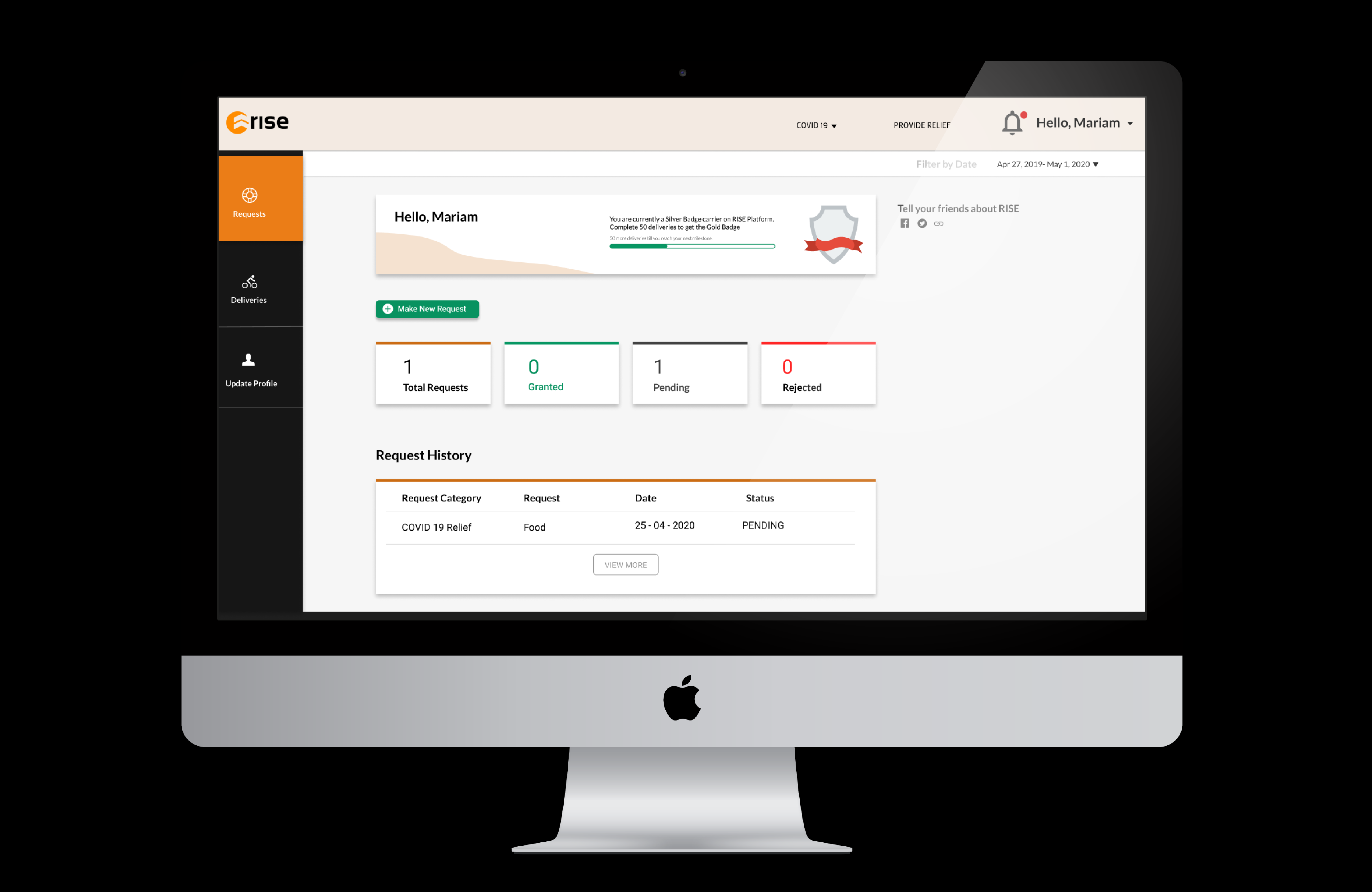